Herzogenaurach, Germany, August 9, 2021 — Global sports company PUMA has today announced the major new signing of Chelsea and United States superstar Christian Pulisic to a long-term deal. Partnering with the U.S. captain is a huge move from the big cat and will see PUMA commit to supporting Christian in growing soccer participation in America and inspiring the next generation.

Regarded as one of the most exciting young talents in world football, Christian is the youngest ever USMNT captain and is the first American born winner of the UEFA Champions League™ following his transfer from Dortmund to Chelsea, a move that made him the most valuable U.S. player in history. He has the most goals and assists of any American player in the UCL and is the youngest ever American goalscorer in the tournament.
“Christian’s journey has been incredible and has really paved the way for so many young American players who dream of playing in Europe for the world’s biggest clubs,” said Johan Adamsson, Global Director of Sports Marketing and Sports Licensing at PUMA. “Christian is technically gifted, has lightning speed and quickness of thought to change any game. Not only have we signed an amazing talent, but a fantastic person off the pitch who wants to continue to grow soccer in America, a goal PUMA has committed to support.” 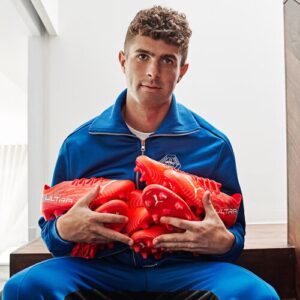 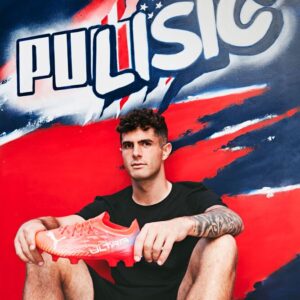 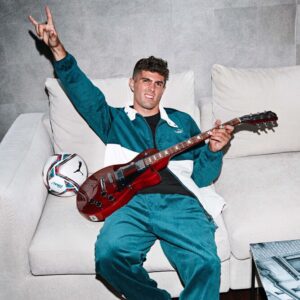 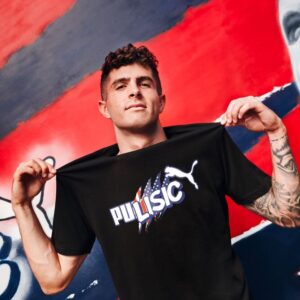 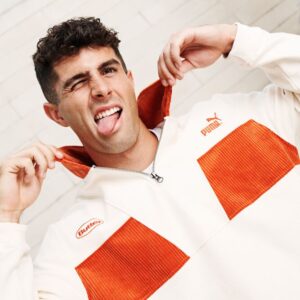 The electrifying winger has trailblazed his path from Pennsylvania to Dortmund to London, breaking numerous records since his Bundesliga debut in 2016. Raised in Hershey, Pennsylvania Christian spent a year in England when he was seven years old, where he further fueled his passion and love for the game after joining Brackley Town’s youth setup. It was there that he set himself the goal of becoming a professional player.

Having achieved so much at such a young age, Christian has been a pioneer of the game in the U.S. and wants to inspire the next generation of young U.S. players. Leading into the 2026 World Cup™, Christian together with PUMA has made a commitment to grow the sport through various programs and opportunities for youth athletes in the U.S., including product donations for underserved youth, establish various camps and clinics, rehabilitating fields and more.
“Anyone who loves soccer, should be able to play,” said Christian Pulisic. “We have a platform in sports and if something is truly meaningful, you can really help to open people’s eyes and make changes. What I love about PUMA is they share my passion and my goal to support youth soccer in America and to help the next generation to chase their dreams.”

Christian topped off an amazing season, by scoring the winning goal and captaining the USMNT to the CONCACAF Nations League title with victory over Mexico in the final, which signified a breakout tournament for the young U.S. side. As he continues to build his legacy on and off the pitch, Christian will join PUMA’s Faster Football movement and will be one of the faces of the PUMA ULTRA.

“In many ways it was a no-brainer for me to join PUMA. With its world class and innovative products, PUMA embodies the culture of sports on and off the pitch. Their technical innovations revolve around speed, which is one of my biggest weapons. It’s an honor to follow in the PUMA footsteps of some of the greatest players to have ever played the game, Pele, Maradona, and Johan Cruyff,” said Christian.

To celebrate the new partnership, PUMA has teamed up with boot customizer Silni to produce a special pair of customized Pulisic ULTRA 1.3’s, that Christian will debut in the Super Cup final on August 11th.