Having made waves as one of the best defensive prospects in football, Varane made his international debut at just 19 years old, going on to make over 70 appearances for his country. He represented France in both the 2014 World Cup, where he was nominated for the Best Young Player award, and the 2018 World Cup, playing in every minute of every game en route to France’s victory.

“Raphaël Varane is a fantastic signing for us”, said Johan Adamsson, Global Director of Sports Marketing and Sports Licensing at PUMA. “He has achieved so much in the game at just 27 years old. He is technically gifted, in combination with great speed and strength and is considered one of the best defenders in the game today.” 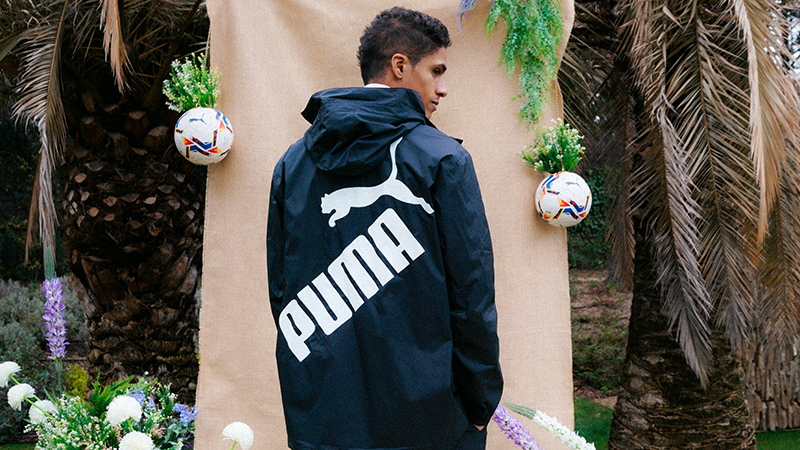 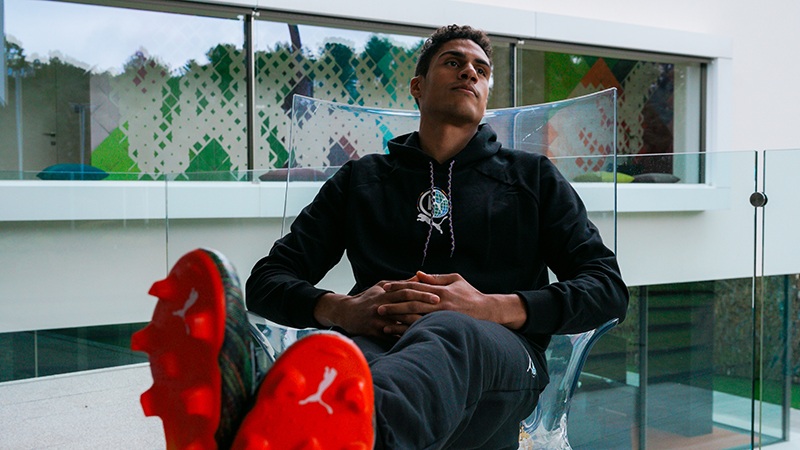 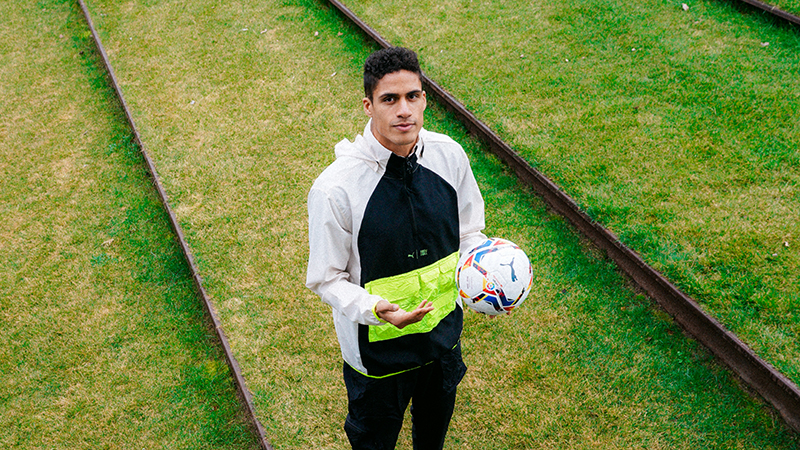 Following the announcement Varane spoke about his excitement in joining the PUMA family and his goals for the future.
“I am delighted to join the PUMA family at this stage of my career and during a very exciting time for the brand“, said Raphaël Varane. “PUMA felt like a natural fit for me and I am thrilled to join the home to some of the greatest players in football history. I feel we share many common values, in particular PUMA’s outlook on sustainability, which opens up the possibilities of working together in areas beyond just football.”
Varane made his professional debut for Lens at 17 years old before making over 300 appearances for Real Madrid. He has won an incredible 18 major trophies at club level,

including three LaLiga titles, one Copa Del Rey, four Champions Leagues and four Club World Cups. At just 24 years of age, Varane won the Champions League title for the third time, becoming the youngest player to achieve such a feat.

PUMA
PUMA is one of the world’s leading Sports Brands, designing, developing, selling and marketing footwear, apparel and accessories. For more than 70 years, PUMA has relentlessly pushed sport and culture forward by creating fast products for the world’s fastest athletes. PUMA offers performance and sport-inspired lifestyle products in categories such as Football, Running and Training, Basketball, Golf, and Motorsports. It collaborates with renowned designers and brands to bring sport influences into street culture and fashion. The PUMA Group owns the brands PUMA, Cobra Golf and stichd. The company distributes its products in more than 120 countries, employs more than 16,000 people worldwide, and is headquartered in Herzogenaurach/Germany. https://about.puma.com/